Judy Guido: “I Will Live Through This” 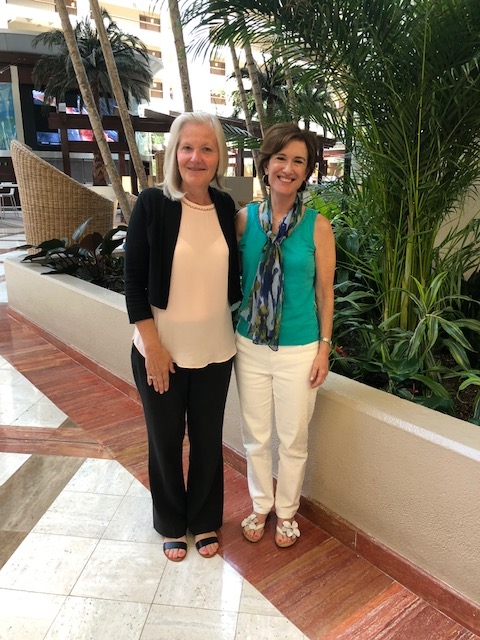 It’s hard to imagine a person left for dead in a street of Los Angeles would be talking about hope.  Judy Guido’s story is […]

Especially this time of year. So I need the meditative practice I began five years ago. It’s called Centering Prayer, and it’s been a life saver when my brain wants to begin […]

A Leadership Conference in Italy

I recently travelled to Italy to attend a small conference of senior level women. Our goal was to strategize ways we might join together to topple the barriers impeding organizational progress around diversity. We […]

All the Light We Cannot See

I am reading this gorgeous book, All the Light We Cannot See, and the title fits well with my last few weeks of book touring. When I think of light, two things […]

It was me or The Stool, and only one of us would win.

I’d gotten the good news that Bloomberg Business News wanted me on the air to talk about my new book. I’d be […]

It’s hard to believe that in two weeks my book will be on bookshelves. It took three years, a lot more discipline than I wanted to have, and has provided […]

What the World Series Can Teach Us

Want to get ahead in your job this year? Tune in and watch the World Series. That’s not just a game you’re watching—that’s a study in three key elements everyone needs to succeed in […]

Throughout my career I negotiated with men, and since my work was in the cable programming industry, I followed its rules of conduct (or lack thereof) to get deals done. It was my ‘normal’, my ecosystem, if you will, in getting wins for the companies I represented.

Just recently, my friend Gina Bianchini, co-founder of Ning and inventor of Mightybell, told me to watch a great video on YouTube from Stanford’s Dr. Maggie Neale on best practices in negotiating. It was fascinating! If I were starting out fresh today, this would be the way to do it—under most conditions. I say ‘most conditions’ because here was the stark truth of my negotiating environment — most times I was David, and the guy across the table was Goliath. And a cranky Goliath at that.

One time I took my boss, CEO Ken Lowe, now chairman and CEO of Scripps Networks Interactive, to Denver to call on the largest cable company at the time. We were to begin our negotiations for the carriage of HGTV on their systems, which were necessary for us to grow to a national footprint. We waited for 2 hours before being asked to come in, which was not an accident. The client was signaling to us that this deal would be done on his time, on his terms. He was looking for a one-sided win. All his.

My experience was pretty much always like this, with the guy across the table trying to bully his way to a one-sided win. The cable guys held most of the cards because new programmers needed to build national distribution. The cable guys knew it, and they used it.

Back to Denver: we were finally called in, and the would-be customer began a monologue about non-starters for him, which were — not surprisingly — things we had to have on our side for the deal to make sense. When he finally came up for air, Ken and I asked a few questions. His answers were even more ridiculous than his monologue. It was time for some drama on my part.

I got up, declared the meeting over and Ken and I walked out. The look on the client’s face was telling: how dare this little company walk out on me! As we made our way to the airport, I told Ken we had to do that, so we could swing some leverage our way. Sure they would still control a lot of the deal, but we wouldn’t be pummeled into submission. The client called a couple of weeks later and we began some meaningful dialog. After two long years (yep, deals could take that long to extract decent terms) we had a good deal.

My point: I learned from Dr. Neale’s video is that there is another, more reasonable route one should employ when doing deals. It wouldn’t have worked for me given my market conditions, but her methods will work for most. Take a good look at her video. There’s a lot of learning there.

The Healing Power of Heartbreak

In 1988, Bill and I had the thrill of our lives. We were living in LA, and we’d gotten tickets to the first game of the World Series. Our hometown Detroit boy, Kirk Gibson […]