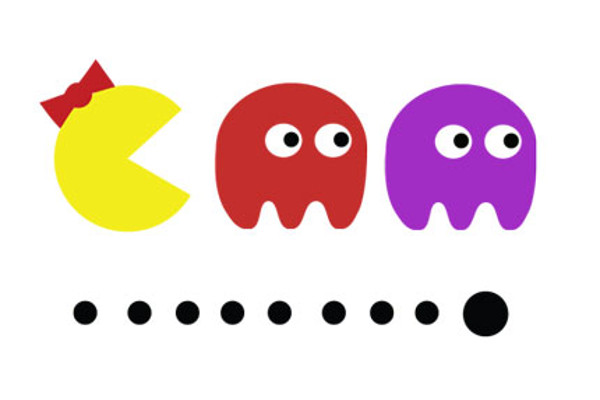 In 2010 I watched Dr. Jane McGonagel, from the Institute of the Future, take the TED stage and share four traits of video gamers. It occurred to me: had I known of these traits a few years back, I might not have grounded my preteen son for sneaking Grand Theft Auto into the house. It also occurred to me that these traits — urgent optimism, social connectedness, and blissful productivity — were also the qualities of successful business leaders. It resonated so strongly that I wrote a book about it, which will be published next year.

So imagine my surprise when I learned that an upcoming global video gamer conference, organized by the IeSF (International eSports Federation), was banning women from participating? The conference is called Heroes of Warcraft, which is a virtual card game produced by Blizzard Entertainment. The reason the organizers gave for the ban was to avoid “potential conflicts” such as a woman eliminating a man. That would be conflict, to be sure, for the men.

This is crazy on so many levels. First, it’s not like there any physical restrictions when it comes to playing video games. I’m pretty sure women’s thumbs can move as fast as men’s. Then there’s the fact that almost half of video gamers are women. By keeping women out, they’re telling the video game console makers and marketers that their user audience should be 50% less. Good luck making that argument. Microsoft, Sony and others won’t be too excited about that result. There are also the software game makers, like Blizzard and Electronic Arts. Toss those video games out the window, ladies, and see how Blizzard reacts.

If organizing bodies thought like capitalists, instead of bureaucrats, they’d see the commercial insanity in their policies. It goes beyond just the video game makers too. The IeSF is a South Korean based organization. I drive a Hyundai Sonata. Suddenly my impression of this whole developing country, and what I buy from it, gets called into question. Am I going to turn in my car because of this? No. But serious female video gamers might think about it.

Another company that begins with A, and is the name of a fruit, might also be a little concerned. Many women who use their devices to download this game will hear of these rules and wonder: why would Apple partner with another entity that practices gender bias?

Perhaps the strangest thing about is where the competition is being held — Finland. Over the years, the Scandinavian countries, especially Norway and Finland, have been very progressive regarding women serving on corporate boards. The European Union’s largest women’s arm, called the European Women’s Lobby (EWL), does an annual report monitoring European countries and women on business boards. As of 2011, 45% of Finland’s state-owned companies have women on them. This is about triple what the U.S. has accomplished to date. Wonder if any of these gender progressive Finns made a call to the South Koreans?

Maybe so. 24 hours after word got out on the ban, social media went crazy and the tournament organizers retracted the male-only rules. I guess we women don’t pose as much of a “potential conflict” as was originally thought. Or, just maybe, they saw what a conflict we could pose just by uniting around an outdated practice.

This site uses Akismet to reduce spam. Learn how your comment data is processed.