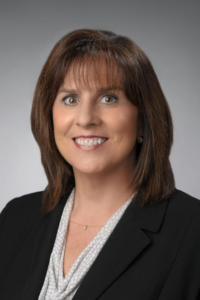 I’m so lucky to talk to inspiring people in the writing I do. Here’s the story of a woman I spoke with this week.

On 9/11, Maureen Casey was running toward the Towers when everyone else was running away.

Her job at that time was New York Police Department’s Deputy Commissioner, a job equivalent to a 3-star uniform member of the service. Not too long before that time, the Department uncovered 16,000 unanalyzed rape kits. “The Medical Examiner’s Office didn’t have the capacity to handle the volume. The scope and scale of something like this had never been done, and I kept being told ‘It can’t be done,’ and I kept pushing back, ‘Wrong answer.’ She found three private forensic labs, got the kits analyzed and as a result of her leadership, they linked hundreds of cases and identified thousands of perpetrators.

“I felt the first plane hit. (Her offices were six blocks from the World Trade Center). I saw the second plane hit from my window. I responded to the Towers, and helped to set up a command post for responding police officers.”

Maureen’s work with DNA evidence came back full force, as she was asked to head up the work to collect samples from the families of those missing in order to identify the remains of victims. This was another enormous undertaking. “One month later we had the anthrax outbreak, and on Veterans Day we had a plane crash in Queens. Some of this gets lost because of 9/11, but the work we did with DNA changed how the country handles mass disasters and fatalities.”

You’d probably stop here and think, what a career. What an impact she’s had! But Maureen didn’t stop there.

“I was so moved by the level of commitment I saw from those who were first responders and then later from those who volunteered to enlist in our military and put themselves in harm’s way after 9/11. When I was offered a job at JPMorgan Chase & Co. to develop and oversee a program for transitioning military, veterans and their families, I said yes.

“We started with 11 companies to include JPMorgan Chase, and committed to hire 100,000 veterans in 10 years. We reached our initial goal in 3. The Coalition of companies has grown to more than 200 and when I left more than 200,000 veterans had been hired and we also helped them with housing, education and training.”

She is now Chief Operating Officer for the Institute for Veterans and Military Families (IVMF) at Syracuse University.

“One of the biggest worries for veterans when they return home is the community they return to. They’ve gone from ready-made neighbors and military life, to this new world of civilians. Will they fit in? In some ways, we serve as a translator for them. We help them with everything from how to present themselves in an interview or translate what a platoon commander or an infantry role means in a hierarchy of responsibility, budget responsibility and people to manage. Through the IVMF at Syracuse University we offer a number of programs, including one on entrepreneurship, which is a very strong career option for all veterans but in particular disabled veterans. They are very successful small business owners.”

When I asked her the lessons she learned, she said what matters is leaving things a little better than how you found them.

Stories like this woman’s get lost in the media noise around Kim Kardashian’s outrageous new make-up formula, or nine foods that can calm your overactive bladder. Maureen’s story is the outrageous one, a luminary, accomplished woman, who embarks on life with humility and grace.

Rabindranath’s poem came to mind after we talked—”I slept and dreamt that life was joy. I awoke and saw that life was service. I acted, and behold, service was joy.” In this time of Hope and Promise, my wish for all of us is to hear about more people like Maureen.